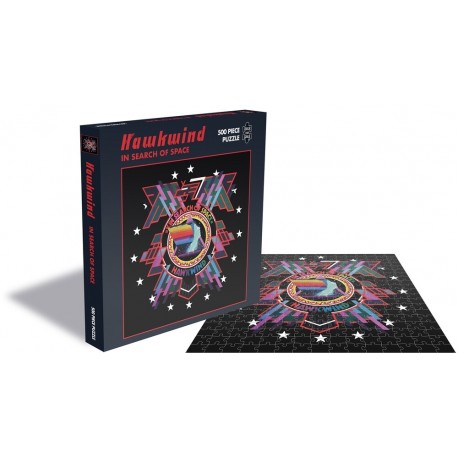 Released on 8th October 1971, "In Search Of Space" is the second studio album by UK rock band Hawkwind. The album was favourably appraised on it's release and peaked at No. 18 on the UK album charts. In April 2006 it was included in Classic Rock magazine's list of "The 100 Greatest British Rock Albums". The album's iconic cover art, designed by English graphic artist Barney Bubbles, is now available as a 500 piece jigsaw puzzle printed on high quality board.