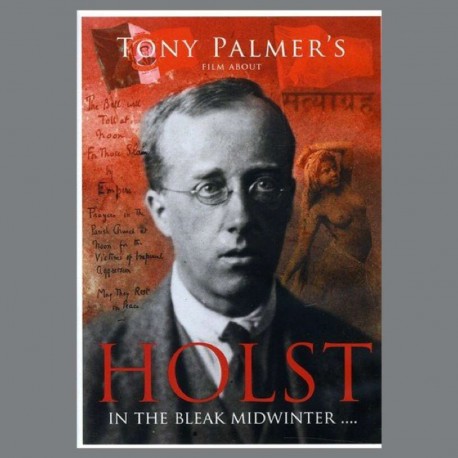 Tony Palmer's Film About Holst - In The Bleak Midwinter (DVD)

The first ever film about this extraordinary man - who taught himself Sanskrit, lived in a street of brothels in Algiers, cycled into the Sahara Desert, allied himself during the First World War with a ‘red priest' who pinned on the door of his church "prayers at noon for the victims of Imperial Aggression", who hated the words used to his most famous tune "I Vow to Thee My Country" because it was the opposite of what he believed, who distributed a newspaper called The Socialist Worker, whose music - especially The Planets - owed little or nothing to anyone, least of all the ‘English folk song tradition', but was a very great composer who died of cancer, broken and disillusioned, before he was 60.