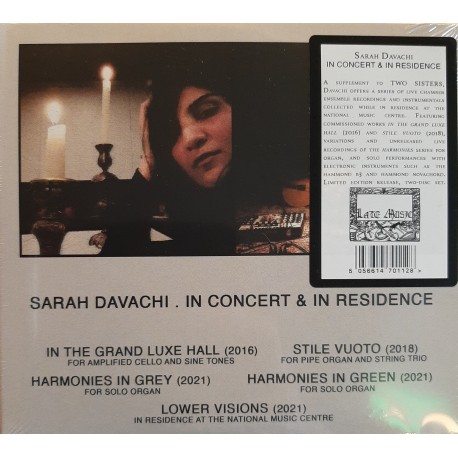 A supplement to 'Two Sisters', 'In Concert & In Residence' offers a series of live chamber ensemble recordings as well as instrumentals collected while in residence at the National Music Centre. Limited edition 2CD set in a 4-panel gatefold wallet.

Harmonies in Green (2021) for solo organ

Lower Visions (2021) in residence at the National Music Centre