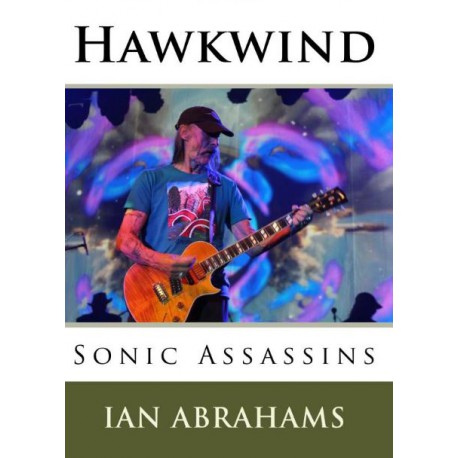 Highly-regarded when it first appeared, in 2004, Hawkwind: Sonic Assassins relates the long and twisting history of one of the most iconic British rock bands. From founder and ever present leader Dave Brock's early days busking the streets of London and mixing with the movers and shakers of the embryonic blues rock scene of the 1960s, through his conversion to psychedelic soundscapes and the establishment of a band that would come to define its own spacerock genre, this is the story of Hawkwind as told by the multitude of musicians who have moved through the many line-ups, adding, as Dave Brock himself would say, "their own bits and pieces."

Rewritten, expanded and updated, this new edition of Ian Abrahams's Hawkwind biography has been eagerly awaited by the band's legion of fans.

''If the first edition made for compelling reading, this revised edition is essential - and must now be regarded as the definitive history of Hawkwind.'' Vive Le Rock

''An even-handed book... a fitting testament to this important, influential band.'' Shindig!

''A hugely affectionate celebration of the durability of the band ... makes for a splendid read.'' Record Collector

''Painstakingly thorough but never ponderous; choc full of on the road stories and behind the mixing desk anecdotes ... enjoy the trip!'' Paul Roland (Marc Bolan: Cosmic Dancer; 'Werewolf of London')

"At last a book which gets down to the minutiae. A massively useful document of an important band placed within the unfolding zeitgeist." Andrew Keeling (Music Guides to King Crimson; "The Wine of Silence'; Andrew Keeling & Otherworld)