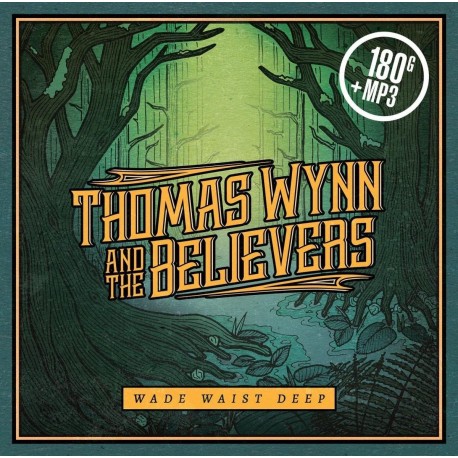 Meet Thomas Wynn and The Believers, an American band with a striking new organic Rock record about building a better life, a life you really believe in. The band personifies rugged, yet uplifting spirited Rock, sprinkled with Southern Soul R&B. The record is packed with the facts that make American music timeless—the deep Southern heat of the guitars, the complex, pulsing rhythms, and the male-female vocal harmonies that sound like only a brother and sister can. Breathtakingly in-sync with his vocalist sister, Olivia Wynn Roche, Thomas Wynn sings about overcoming fear to become the person you were meant to be. Wynn, who fell in love with The Band’s first album 'Music from Big Pink' in his early teens, while his peers were into Green Day, brings classic Country Rock and Soul into the new century with tunes that evoke the best of CSNY, John Prine, Tom Petty, The Black Crowes and CCR, produced by four-time Grammy award-winning producer Vance Powell (The White Stripes, Jack White, Chris Stapleton).