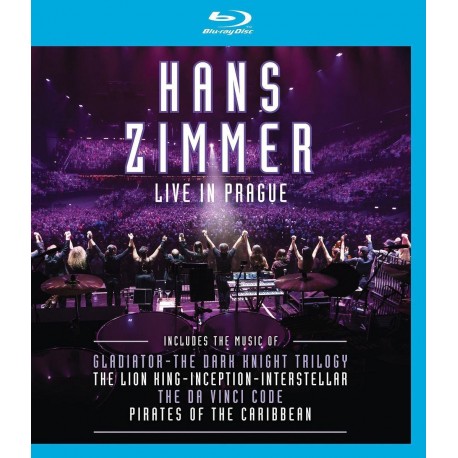 This product is no longer in stock

About Hans Zimmer: Since the 1980s, Zimmer has composed over 150 soundtracks, collaborating closely with renowned directors such as Ridley Scott, Christopher Nolan and Gore Verbinski. This concert was recorded on May 7, 2016 at the O2 Arena in Prague during his first ever European live tour where he performed his most famous soundtracks together with 72 musicians, including a live band together with Johnny Marr, a large classical orchestra and a full choir. played, including Pirates of the Caribbean, Gladiator, The Lion King, Sherlock Holmes, The Dark Knight, Interstellar, and Inception. The show promised to be not only a unique concert experience, but also a stunning visual spectacle. The design was drawn by the world-renowned lighting designer Marc Brickman.