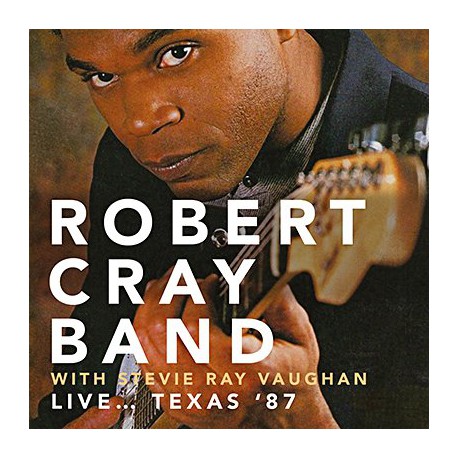 Robert Cray Band with Stevie Ray Vaughan, live at Club Redux, Dallas, Texas on January 21st 1987. Robert Cray finally made his commercial breakthrough with the release of Strong Persuader, his fifth studio album, in late 1986. He toured extensively to support it, both in his own right and opening for stars such as Eric Clapton, Tina Turner and Huey Lewis.

This superb live set, broadcast on Q102 Radio, captures him on the cusp of stardom, and includes blistering performances of almost all the album (including the hit single, Smoking Gun), as well as a guest appearance from the great Stevie Ray Vaughan. It's presented here together with background notes and images.