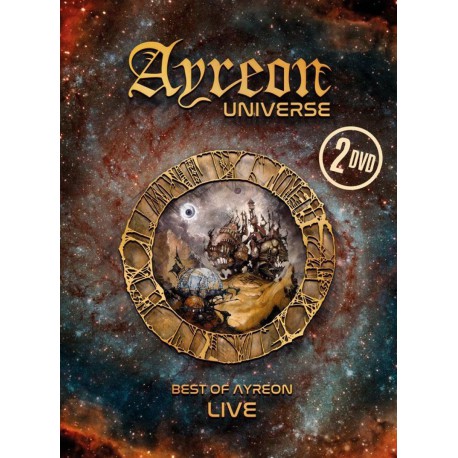 It’s proof that you should never say ‘never’. After creating Rock Operas in the studio for more than 20 years, Prog mastermind Arjen Lucassen, aka Ayreon, finally took his Universe to the stage of the Dutch 013 venue with thee sold out shows in September 2017. This unique performance features 16 singers, 28 songs, an 8 piece band and a special appearance by Arjen. The duration of the show was more than 2 hours. It was filmed with 30 cameras and you can experience it all with this release on DVD and Blu-ray with 5.1 surround audio, with an extensive list of extras, including a behind-the-scenes documentary with interviews with every singer and musician, and a compilation of the try-out show performed a few weeks earlier.