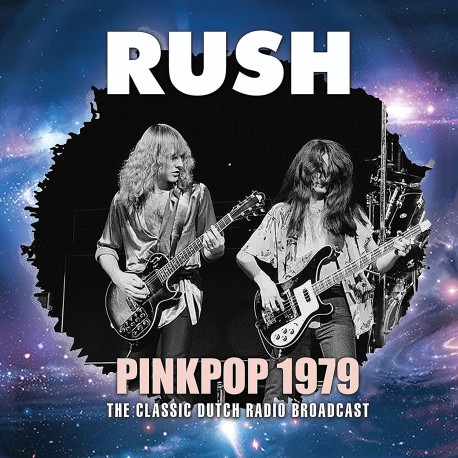 Superb late 70’s broadcast from Canada s finest proggers following the huge critical and commercial success of 1976 s 2112, Rush continued their forays into progressive rock with abandon as the decade continued. The band relocated to Wales in early 77 to record a pair of albums at the legendary Rockfield Studios in Monmouthshire, a facility which had previously served as witness to sessions by Queen, Hawkwind, Van Der Graaf Generator, Mike Oldfield, Black Sabbath, Motörhead and many other greats from the world of music. Having recently discovered Yes and King Crimson, Rush were at their most ambitious. Geddy Lee had begun to experiment with bass pedal synthesisers and Minimoogs, Alex Lifeson brought in classical and 12-string guitars, and Neil Peart had amassed a staggering collection of exotic percussion, including cowbells, gongs, glockenspiel, timpani and chimes. The group s song structures also became more complex, using unusual time signatures on longer, more conceptual songs. These efforts came to fruition on A Farewell To Kings and Hemispheres, released in 1977 and 1978 respectively. The former went Gold in the U.S. just two months after release, while the latter achieved the same status albeit more slowly. Hemispheres also reached No. 8 in Rolling Stone s Best Prog Rock Albums of All Time list. Although 1979 was not blessed with a new album from Rush, the band played 104 dates across North America and Europe that year. On 4th June, they played at Holland s annual Pinkpop Festival, sharing a bill with The Police, Elvis Costello & The Attractions, Dire Straits, Average White Band and Peter Tosh. The performance was the subject of an extraordinary FM radio broadcast, transmitted live throughout continental Europe and synched too by many US stations, and it is this this superb recording that is now featured on this CD for the first time.